Welcome to the blog of Lynn and Dick Jenkin Photography.

We hope you enjoy following our journeys around the world through the lenses of our cameras.

We had a great weekend at Riverwood Downs for our recent "Birds and Nature" Photography retreat. The weather was kind, the birds were plentiful and the country hospitality ensured our bellies were full of wholesome food to give us the energy to tackle the outdoors.

Many birds were at various stages of breeding, from building nests, to feeding fully-fledged young, providing us with plenty of chances to capture some great images.

A huddled party of Superb Fairy-Wren warming up in the early morning sun and demanding magpie and galah babies, with soft morning light falling on them, were our first signs that the breeding season had been successful. Some kids had found a juvenile Eastern Koel that had fallen out of a fairly low hung nest of a pair of Noisy Friarbirds and they enlisted the help of one of the workers to "fork-lift" the youngster back to the nest. We came across a pair of Olive-backed Orioles on a nest, only after the pair had chased off a Torresian Crow that must have ventured too close. The attached photo shows the shortness of the brooding birds tail from being squashed in the nest.

The highlight for me though was a pair of Cicadabirds that were consistently hanging around the same area. After observing the male collecting lichen from a tree branch and flying to a River Oak where the female was, there was a hint that nest building was taking place.

A newly fledged Rufous Whistler was nearby as well. A pair of Magpie-larks had 3 babies bursting out of a nest near reception.

Scarlet Honeyeaters and Eastern Spinebills proved to be a challenge as they were constantly being chased from the nectar filled flowers by the bullying Red Wattlebirds and Noisy Friarbirds whilst the Rainbow Lorikeets seemed oblivious to all the activity around them. Busy Yellow Thornbills, Brown Thornbills and a single Spotted Pardalote also allowed us opportunities to develop the skills required to track small, erratically moving birds through the changing light conditions of the foliage.

The bizarre behaviour of the weekend went to a party of around 30 Tree Martins that were constantly landing on the ground and picking up white objects and flying off. We initially thought they must have been ant larvae but they looked a bit big for that. After rattling off heaps of photos we went for a closer inspection only to find small piles of slim-line cigarette filters. We hoped they weren't eating them ( or smoking them!) and can only wonder whether they were using them as a nest lining. They were also visiting sites of old camp fires on the grass and presumably picking up small pieces of charcoal. Has anyone seen this sort of behaviour before?

I have attached a very overblown shot of a Tree Martin in flight with the said filter. It was taken in low light at a distance, but you get the idea!

A combination of being outdoors photographing and then indoors in the heat of the day whilst Lynn ran some workshops on Lightroom and Photoshop was a good balance.

We are running another one mid-week in March 2017, starting with a meet and greet on the evening of Monday, March 13th and finishing at lunch time on Wednesday 15th. It would be great to see some more interested people coming along and we are offering an early bird package of $299 ( up to 13th February), normal rate $350. Check out our Tours and Retreats page for more detail or click on the direct link below. 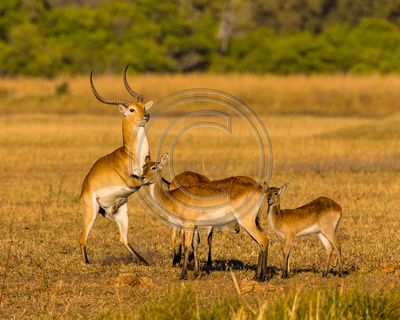 Lechwe Family PlanningI managed to just capture the right moment and light to photograph this family of Lechwe. The judges liked it to by accepting it into the 2016 Australian Photographic Society's National Exhibition.

An AMAZING nature photography adventure to Africa for Lynn and I during June. This was our second time and it has recaptured our hearts and souls. This time we revisited South Africa (more of that later) but also extended our travels into Namibia and Botswana.

Our Namibian journey concentrated  more on landscape photography than on animal photography. Much of the southern Namibian Landscape is reminiscent of Australia with its extreme dryness but their seems to be something even deeper that tugs at you, that connection to our own evolution perhaps. We drove down into the depths of Fish River Canyon, second largest in the world, and soared in a balloon over Oryx running on the red sand dunes of Sossusvlei. In the difficult light of dusk we watched Aardwolf come out to hunt and young Bat- eared fox come out to play.

Leaving the Namib desert we traveled to the altogether wetter environment of the Okavango, Botswana. The waters were starting to come into the system so there was plenty of activity but the roads were still dry allowing us plenty of access to areas that can be tricky in the wet. We glimpsed large herds of female elephants and youngsters and certainly heard them but our close encounters were with the large number of males (mostly) peacefully grazing or bathing. We had hoped to see Leopard as one of our group had not seen them before and were blessed with some glimpses but not truly satisfying sightings. Our greatest interactions were with Hyena and Vultures as we were able to spend a lot of time over a few game drives watching and photographing them devour a large Cape Buffalo carcass. Arriving as the early morning sun was streaming through and bathing everything in a deep orange light enabled some interesting back lit photographic shots of the Hyena and Vultures together.

And then it was on to the Kruger, or more specifically the Timbavati  region of private concessions that sit along the edge of the National Park. The private concessions are vital to the management of the animals, greatly increasing the land available to them and are carefully  managed by the land holders. And it was here we finally got good looks at Leopard. In fact we missed seeing leopard on only one out of nine game drives. Leopard spotting in the Kruger is aided by the skilled treeing of game, so you are able to look up and see them, where the Okavango Leopards seem more inclined to leave there kill in the dense undergrowth under thorny bushes which makes them much harder to see unless they are out and about. We were able to capture some amazing Leopard photos.

As usual our friend and guide Dave Pusey used his great experience both as a guide and photographer to make sure we were in the right place to capitalise on the light and composition (with the constraints  of land management - you cannot just drive anywhere). It makes a huge difference when your guide understands what you need without having to be asked - you can concentrate on taking photographs and admiring the animals and birds. We realised that we simply cannot not go back to Africa regularly and how much we enjoyed sharing it with our friends we traveled with. We want to share it with others too

So much so, that we have organised to do annual trips with our friend, professional guide and 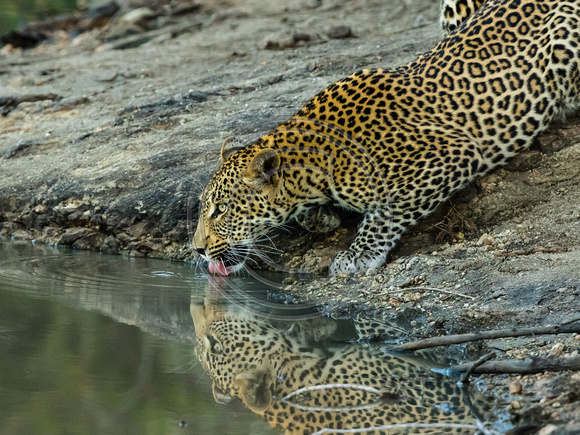 photographer, Dave Pusey, from Leo Vantage AND we are inviting interested like minded people to join us.

The Lechwe family photo, taken by Dick, has just  been accepted into the Australian Photographic Society's 41st National Exhibition, and along with two other images accepted (Bushman of the Kalahari and Vietnamese Baker's Hands), will be exhibited at APSCON. 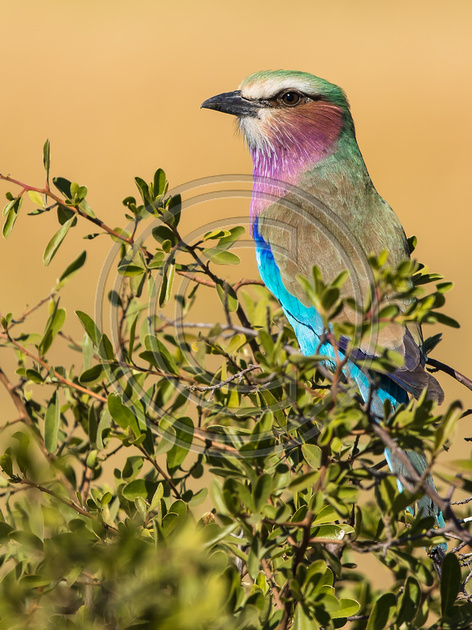 Lilac-breasted RollerThis iconic South African bird is a delight to photograph with 9 different colours in its plumage.

Lynn and I had a holiday recently in Vietnam and decided to do a couple of street photography sessions with some professional photographers whilst we there. Nothing like a busman's holiday!  This was way out of the norm for our style of photography but you soon realise that the basics don't change.

I wrote an article for the Australian Photographic Society's Digital Division' on line newsletter, MONITOR,  for the month of July and the link is below:

I was excited to have one of my photos selected for the front cover. 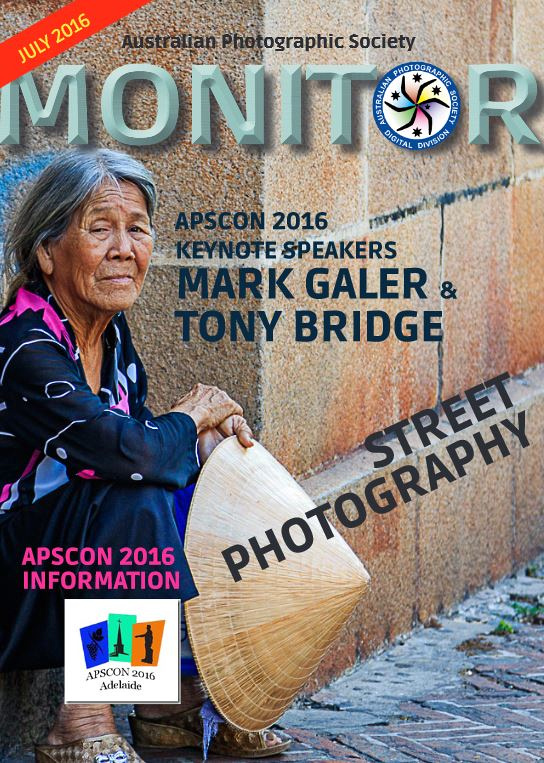 Lynn and I attended the screening of the Maitland International Salon 2016 exhibition on Wednesday night. It was fantastic to see all the prints and digital images displayed on a big screen. There were some amazing shots there and it created an inspiration to get out there and take more photos.

My image, "Puffin in the Mist" , a Tufted Puffin taken on one of the Russian Arctic Islands, received 13/15 from the judges and is attached below.

It was the middle of a bright sunny day and the mist rolled in from the sea and rose up the cliff. Ten seconds later the bird disappeared in the mist.

Great excitement for both Lynn and I this week! We are now both International Award winning Photographers.

After entering our first official photo competition, the Maitland  International Salon of Photography Competition, we received FOUR awards between us.

The Maitland  competition is the largest international photo competition in Australia , this year attracting over 4200 entries from 51 countries around the world.

Watch for our award winning photos being available for sale on the website. The Cape Grassbird, pictured below, is already there under the World Birds category. This shot was taken in Capetown , South Africa. 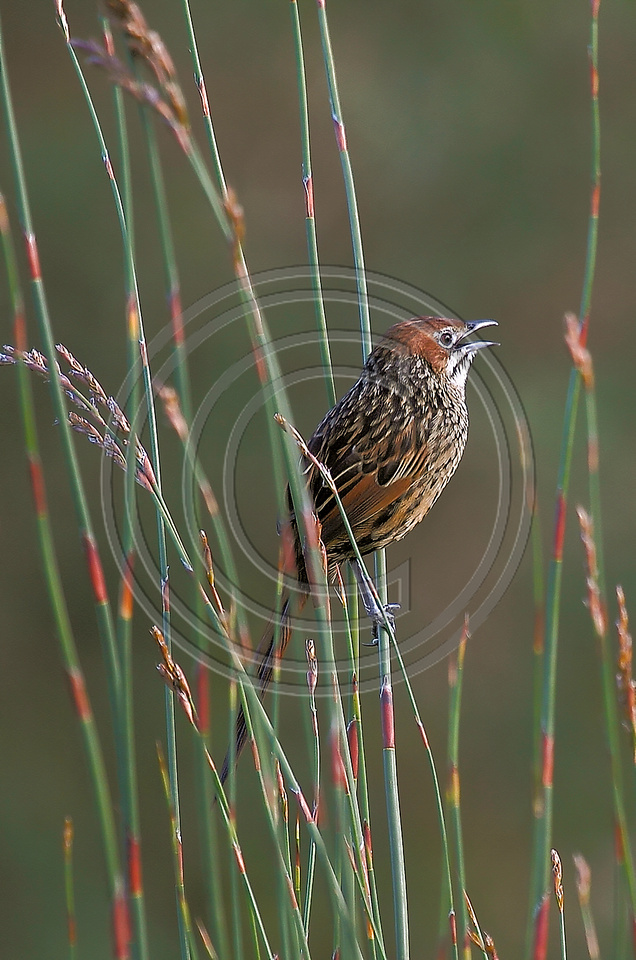